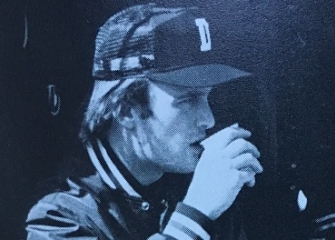 Back in 1981, Farmington resident Michael F. Metayer was a star pitcher on Drew University’s championship baseball team. Today, he’s a successful self-made businessman and president of Metayer Bonding Associates in Avon. But he hasn’t forgotten those golden years 35 years ago.

Neither has the college. This October the ‘81 team will be inducted in the Drew University Athletic Hall of Fame.

“Our coach in 1981, Norm Hewitt, is back today as the pitching coach 35 years later,” Metayer says. “He was the glue for all of us. Some of us on the team put on a drive during Drew’s last donation campaign. We carved out a swath of major donations from players over many years.”

Metayer put his money where his mouth is, and he and Metayer Bonding Associates recently donated a combined $5,500 to the baseball team.

“Unlike football, baseball isn’t a big moneymaker, and the team needs funding for uniforms, equipment and spring-training trips,” he says. “It’s been a real honor to be associated with the team, and when I talk to the young men on the 2016 team, I know that baseball has a great future.”

Metayer attended the Hall of Fame induction for the team on October 14 in Madison, New Jersey.